I posted on 10th May to say that I was intending to conduct one of my regular experiments. Before I continue, I should say that the only ‘regular’ thing about my experiments is their frequency. I don’t believe indie writers learn anything by sitting still, observing, and waiting for the world to come to them.

What was I up to this time?

My personal challenge was to refrain from daily promotion of my books for the remainder of the month, which effectively would mean 20 days of not using any of a variety of platforms to ask people to check out my work.

Contrary to what some folk might think, I’m not an ‘in your face’ type person, so the whole ‘self-marketing’ idea was alien to me when I started out as an indie writer. I learned with my debut title that if I didn’t shout about my work, then nobody else would.

I got on with it, and it produced results. Okay so moving on, nothing mind-boggling, but after a change in my attitude to the sometimes embarrassing act of self-promotion I had a few sales, and I realised the truth – if I waited silently, nothing would happen.

Did I have work in progress during May?

Having a variety of projects on the go at the same time is my preferred method of working. As May got underway I was already working on two novels, and making notes towards the commencement of a third.

I had to attempt a couple of things to make my idea work:

1. Restrict my visits to social networking sites to a couple of short visits per day.

2. Compel myself not to check my sales and lending figures on a daily basis.

3. Remind myself that I was trying this thing for more than one reason.
— a) Primarily, it was to free up more writing time.
— b) Secondly, it was to see how much effect it would have if there was a lack of daily promotion.

Apart from my own interest, both of those targets were for the benefit of any fellow indies who read my posts, either as subscribers, or by extension when I offer my thoughts on social media.

How did it go with social networking visits?

I managed for the most part to keep to two or three visits per day. There was an anomaly in this area, because I continued trying to keep up to date with the first charity anthology by the Indie Author Review Exchange group on Facebook. I’m proud to be both a member of that particular group, and a contributing author to the anthology.

What is that very important collection of stories?

You’re Not Alone by Ian D. Moore and friends.

Apart from that, how did I get on?

Otherwise, I feel I did well. I avoided getting tangled into the threads on Facebook, forums on LinkedIn, or keeping up with comments on Google+. I have to be honest and admit that Twitter irritates me, so although I use it, I cannot spend good time reading bite-size chunks and random thoughts.

Now having said that about Twitter – I do actually stop and check out books that are advertised on Twitter, which is why I still use it myself, obviously thinking that there might be like-minded souls out there.

Were there any sales, lending, or slumps?

Yes, and there was no discernible pattern or reason.
— I had sales of various levels except for five days.
— I had lending except for six days.
— There was a two day period when there were neither sales nor lending.

Did I learn anything else?

Yes, and it’s for the benefit of those indie authors who presently have one, or even two titles out there and are feeling a little disheartened. I’m not a big name, but in only a few years of self-publishing I can say that without a shadow of doubt – more titles means more sales.

That might sound simplistic, but in a blog next week I’ll elaborate on that area. What I have to say in that post may be of interest not only to those of my peers with one title, but also those with low sales figures.

What else have I achieved with my latest experiment – if anything?

1. In that period of 20 days when I was abstaining from advertising, reading mind-numbing messages, and getting involved in conversations and debates – I completed the first draft of seven more chapters of my latest crime thriller, Acts of Vengeance.
If you know how hard I work at my craft you will appreciate that was a feat.

3. Again, it may not seem like much, but the exercise has given me a boost in confidence in my own brand. I know there are those who do not believe that an author’s name is a brand, so for you guys, please think about this question:

Would you consider any of the following as brands?

It was just a thought …

Where do I go from here?

As I assess the positive and negative aspects of my trial, I have to say that I’m happy that I tried such a thing. My initial thoughts are along the following lines:

1. Maintain my writing output as best I can. I’m in the enviable position of only working in a ‘day job’ for three days per week, so I can feasibly get in at least three writing days.

2. Get back to self-promotion, but only on a weekly, or possibly twice-weekly basis:
— a) Promotion on Facebook groups which exist for the purpose of reading, reviewing and self-promotion.
— b) Promotion on Twitter, because it is done automatically by the Independent Author Network, of which I am a member.
— c) Promotion on Google+ because I’m a member and I check out other members news.

3. Blogging activity:
— a) Try to write at least one blog post per week.
— b) Allocate time to read other blogs. I supposedly have 140+ ‘followers’ but I tend to mainly visit those who I know make an effort to visit mine. It may not be often, but I do get there.

4. Continue to read and review as many Indie Author Review Exchange members’ books as possible.

5. Maintain a ‘maximum of 3 x 15-minute visits per day’ policy for social purposes on Facebook. There is a tendency to get involved in discussions on social networking sites, but time disappears when we’re in touch with those that we regard as friends.

There is a slight twist in that previous comment. I admit openly that I do not socialise in the regular sense these days, and have not for some years. The term ‘friend’ is used freely on social networking by many, but that is effectively where any of my present friendships exist.

Yes, since leaving the military in 1992, I have become something of a social hermit, but I don’t mean that in a pathetic way – it is fact, and through personal choice.

Thank you as always for taking the time to visit and check out my musings. I appreciate all feedback.

In the last 24 hours I completed the first full draft of Acts of Vengeance. I will now let it ‘rest’ for at least a week. While that manuscript is resting I’ll be active with some more chapters on Give and Take, my secondary work in progress.

I will also be reading, editing, and critiquing work for my peers. One of my favourite background roles is acting as mentor for a fellow writer.

Thanks again for reading my posts. 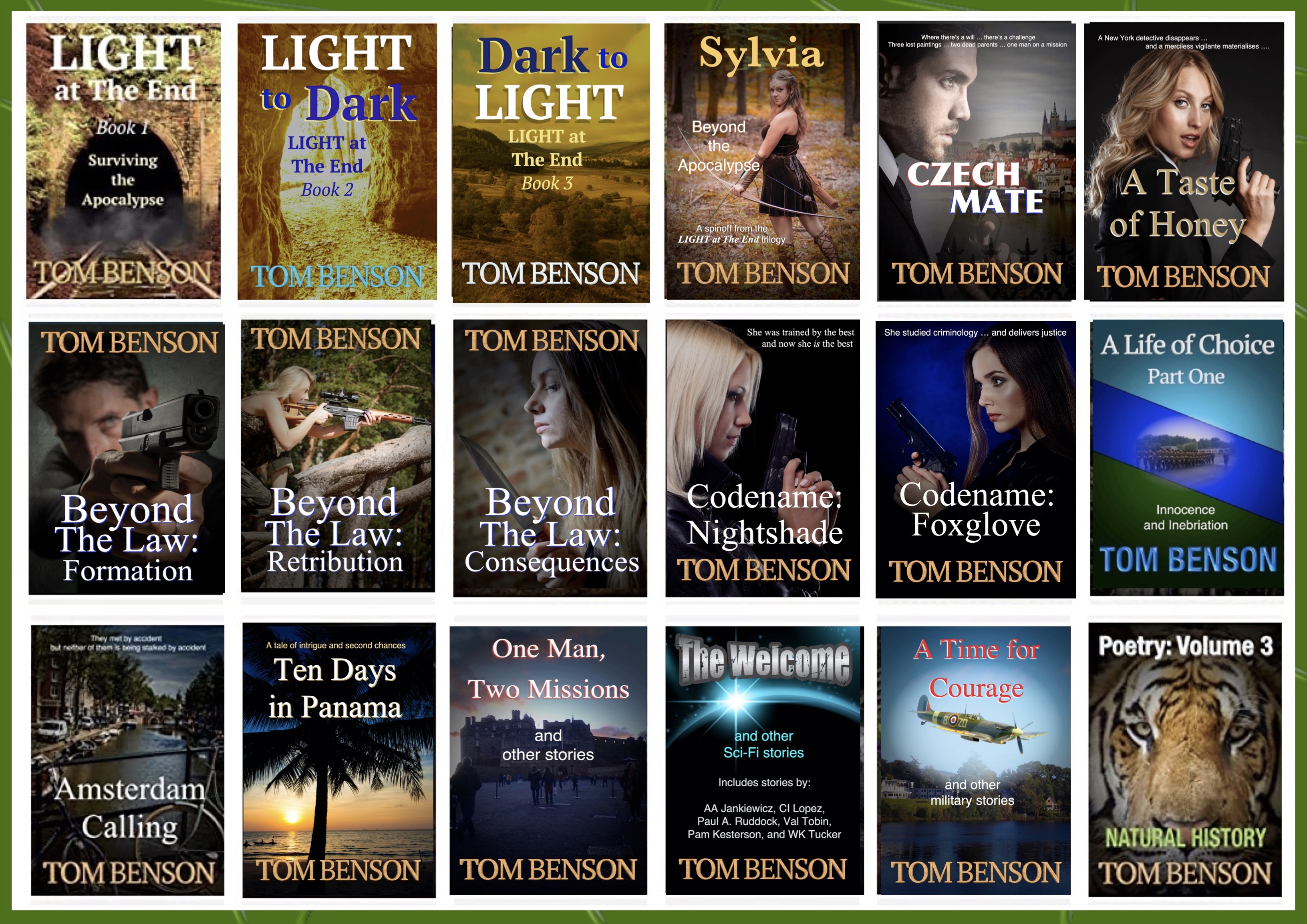