Yes, we have lift off … with a collection of stories which detail a variety of journeys.

I’ve only dabbled in sci-fi in the past, but following a handful of kind comments, I had a need to feed.

I wanted to add a small collection of the genre to my catalogue. In an effort to improve on the idea of 12 short stories by me, I invited submissions from international guest authors, and I was not to be disappointed.

The collection contains six new stories from me, plus three ‘bonus’ tales which feature in other anthologies, but there are also great pieces from: AA Jankiewicz, Pam Kesterson, CI Lopez, Paul Ruddock, Val Tobin, and WK Tucker.

It’s great to have this anthology ‘launching’ within a few days of seeing British astronaut, Major Tim Peake, setting off to join the International Space Station. By the time the Soyuz rocket was lifting from Earth on its remarkable journey, my stories were already written, but I was delighted to hear small details from my theories being mentioned about the astronaut training and life in space.

I don’t believe you have to be heavily into Sci-Fi to enjoy this collection, but then you’d expect me to say that, wouldn’t you!

In this collection you will find regular people, strange people, astronauts, aliens, Earth, other planets, exploration and invasion.
The tales are made interesting by manipulating the situations in which the characters find themselves. Sometimes, all is not what it seems …
There is a high degree of ‘What if …?’ in the telling of these stories, which is where I believe the sci-fi aspect evolves effectively.

Does this mean I’ll go on at some stage to write a sci-fi novel?

Let’s just say, for the time being I’m not ruling it out. As I’ve done since I published my first eBook I will read any reviews or comments and make note of the positives, and any negatives.

Both positive and negative comments are important, and attention to what others say is where we as authors can improve our craft the most effectively. We write first for ourselves, and then for others, but when we publish – we are hoping to entertain, so we must respond to the feelings of our readership.

Metaphorically, The Welcome … has now left the launch pad and is on its own journey. As it passes among the stars and those stars take note of the vehicle and its contents, I would ask that anybody who takes a chance on it – please remember to check out the whole crew – because this wasn’t a single effort, but an international collaboration.

I sincerely hope all who take a chance on our tales feels rewarded for their choice.

(Universal linking to your local Amazon) 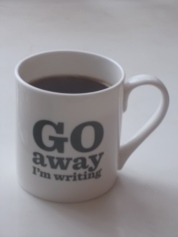 All writers have them, but it’s down to the individual if it is a shelved idea, or a work in progress (WIP).

Like all topics I post, this is a matter of personal opinion and experience – and not the result of a deep, and prolonged survey of thousands of hours of discussion. I believe there is a stark difference in this case.

What do I consider a shelved idea?

As I tend to do, I write about what I know, including my blog articles.

The following are ‘shelved’ as opposed to WIP.

1 – I have an abundance of titles – yes, only the titles.

2 – I also have around 20 short stories which have been started. This doesn’t mean I’ve opened a file and given a title – it means I’ve written at least an intro paragraph, or more in some cases.

3 – The shelved ideas category also includes the ‘ideas’ which are still in my head. I don’t like to think of myself being busier than anybody else because I’ve got a head full of ideas.

Every writer should have a head full of ideas.

What do I consider a work in progress?

1 – Beyond The Law: Retribution.

This is the sequel to my most popular title so far. Understandably, I’m working hard to produce my best.

I’m presently reading it aloud, line by line, and using a red pen to highlight minor issues before final tweaking and formatting.

2 – The Welcome: and other Sci-Fi stories.

This is not a single title of course, but a collection. I will be supplying eight of the stories. Four other stories will be supplied by guest authors. If you’d like to take part, please see the recent, relevant post:

(The Weclome) – plus details of the invitation to add a short story to an anthology.

Three of my stories in this collection have been published previously in other anthologies. Another three are new and completed, while the final two are completed, but I don’t like the endings – yet.

Of the four stories coming in from guests, I have two firm and in my file, one being reworked, and there is no show as yet from the fourth.

I’m determined that any anthology I publish will have at least 12 titles, so if necessary I will write another title to make up the shortfall.

3 – A Time for Courage: and other military stories.

This is another anthology, for which I’ve invited at least four guest authors. The offer is still open.

Three of my stories in this collection are previously published elsewhere in anthologies. The other five are at various stages of completion. A satisfactory ending is paramount for me with a short story, so it’s an area that will affect a completion date for any of my work.

This is a coming-of-age story with a difference. 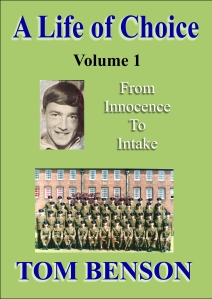 It is a fictional tale, but based on my life. The story started as my autobiography many years ago when I could type … but I couldn’t write. I’m now fairly confident in my ability to do both, although how good a writer I am is not for me to say.

Instead of one book, this story will now be written as a series, which will allow me to take it into the years after the military career.

I believe the post-military character of a person is as important to understand as the boy-to-career soldier.

Much of what will be in the various volumes will be true events, where only a name or two have changed, but some scenes will be completely from my imagination.

I’m always working on this series in the background, but until I’m happy with the first three volumes, there will be nothing published from the series. (Volume 1 should be out by March 2016)

My theory is that I have to know if the idea is worth the effort. To be fair to readers and give the project a healthy chance, I feel I must give at least a good bite of the cherry – or in this case, three volumes, all at low prices.

Well, there you go my faithful, and possibly some new followers.

In a nutshell, if it’s a work in progress (WIP), to my way of thinking – you are ‘working’ on it.

Thank you once again for putting up with me and my theories.

PS. I’ve used a little bit of artistic license. I am in the bottom picture of A Life of Choice, but I’m not a recruit. 😀

A 'watering hole' for readers and fellow writers – help yourself